The objective of the reconstruction of the 2nd floor of the classicist secession building on Na Florenci street was to retain the maximum of the partially surviving original fittings and simultaneously to create space for a functional modern office.

The classicist secession house by architect Matěj Blecha has undergone reconstruction many times in the period of its existence. On the 2nd floor, the original flat of industrialist Alois Brey has surviving fittings that we made an effort to preserve to the highest possible extent during the reconstruction.

The intent of the investor was to reconstruct the space on the 2nd floor and convert it into a full-fledged office with the least interference with the historical fittings.

The layout of the eastern part facing Na Florenci street was practically left untouched. The cassette and stucco ceilings were preserved; the parquet flooring was completely refurbished. The preserved historical sideboard in the biggest room was restored.

Due to the office layout requirements of the  investor, minor layout changes were made to the eastern part. The destroyed carpet was removed from the floor; the surface was adequately treated and a new carpet was laid.

A new boardroom with a bay window opening into the Florentina Courtyard was created by erection of a new partition wall.

The toilets were completely reconstructed. The initial direct entrance from the staircase to the toilets was closed and a washbasin was installed in its place, which is common for the ladies’ and men’s part. A small kitchenette was created in the main entrance part  beside the new entrance to the toilets.

The office furniture requirements were modest. Emphasis was mainly placed on quality lighting, which is solved by means of free-standing lamps in the rooms with surviving ceilings.

The space was outfitted with the art installations of Petr Dub and the art accessories of the Qubus studio. 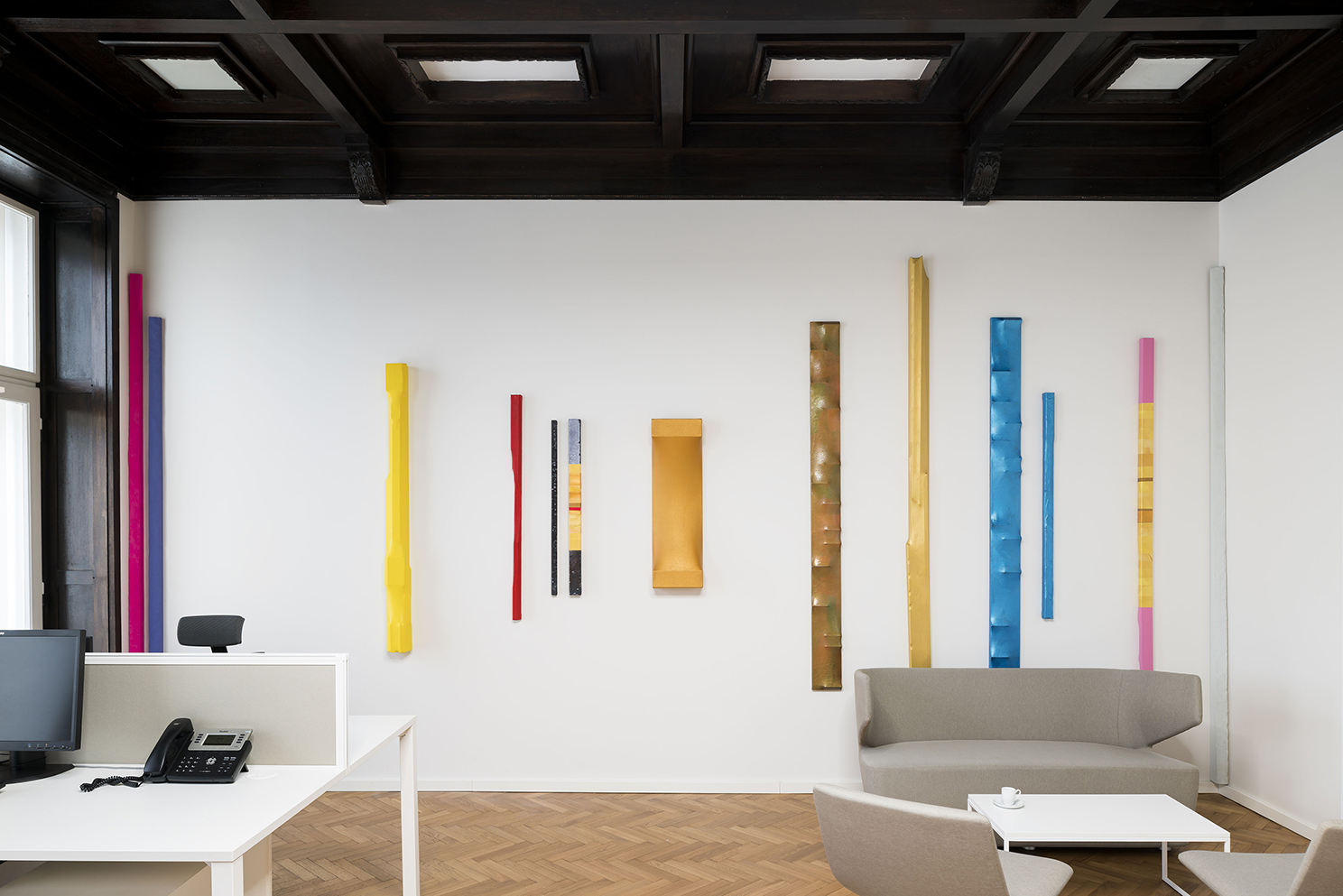 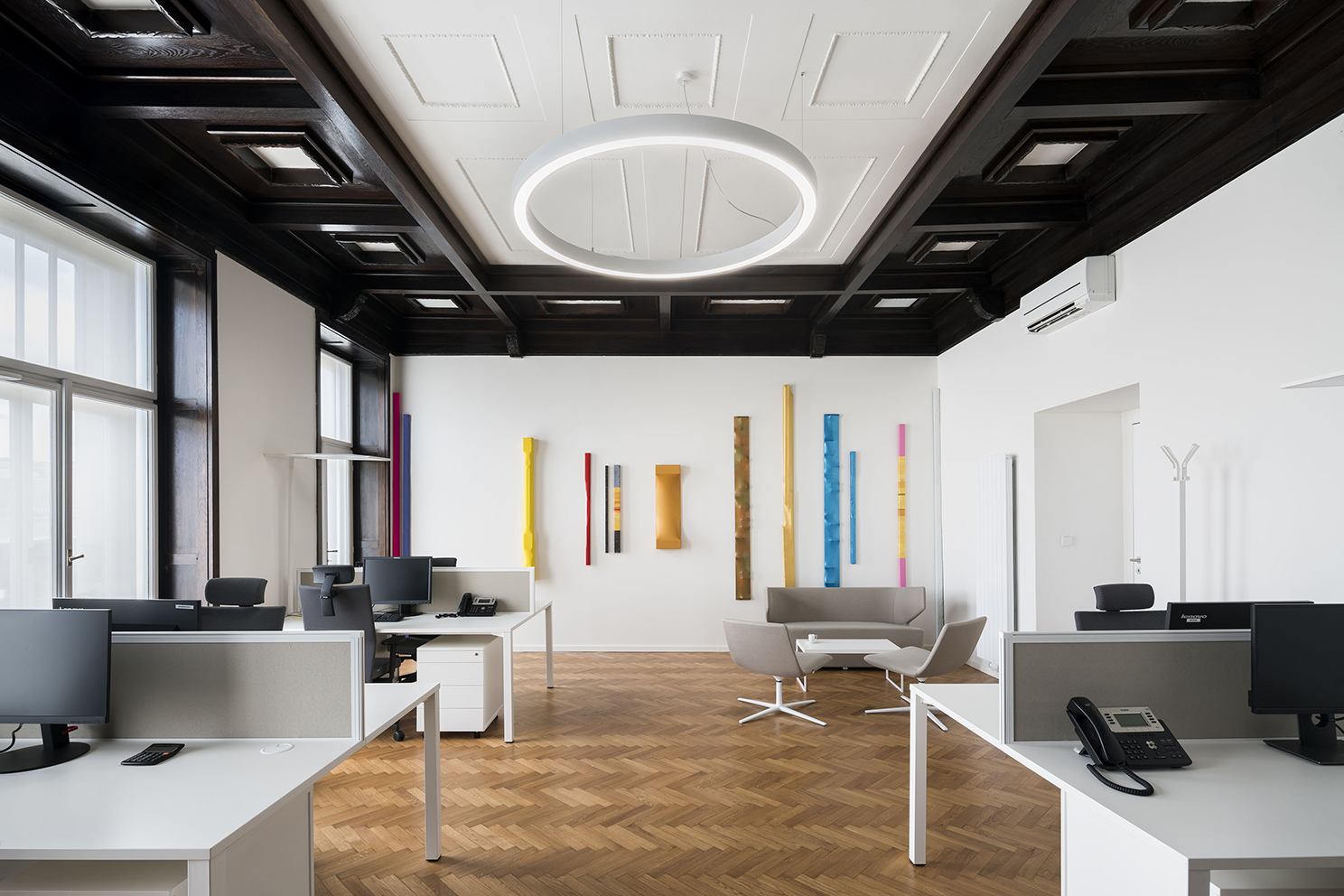 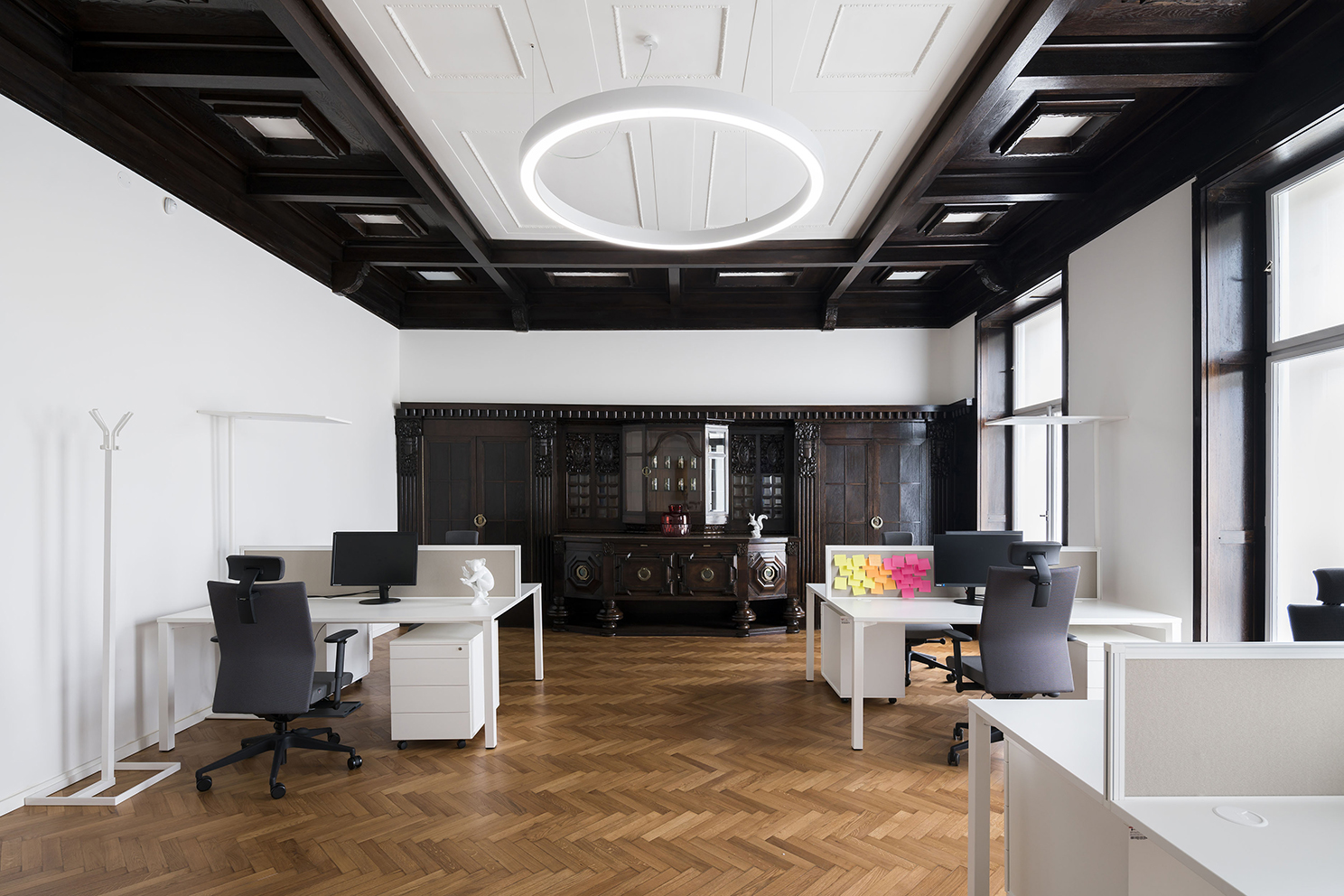 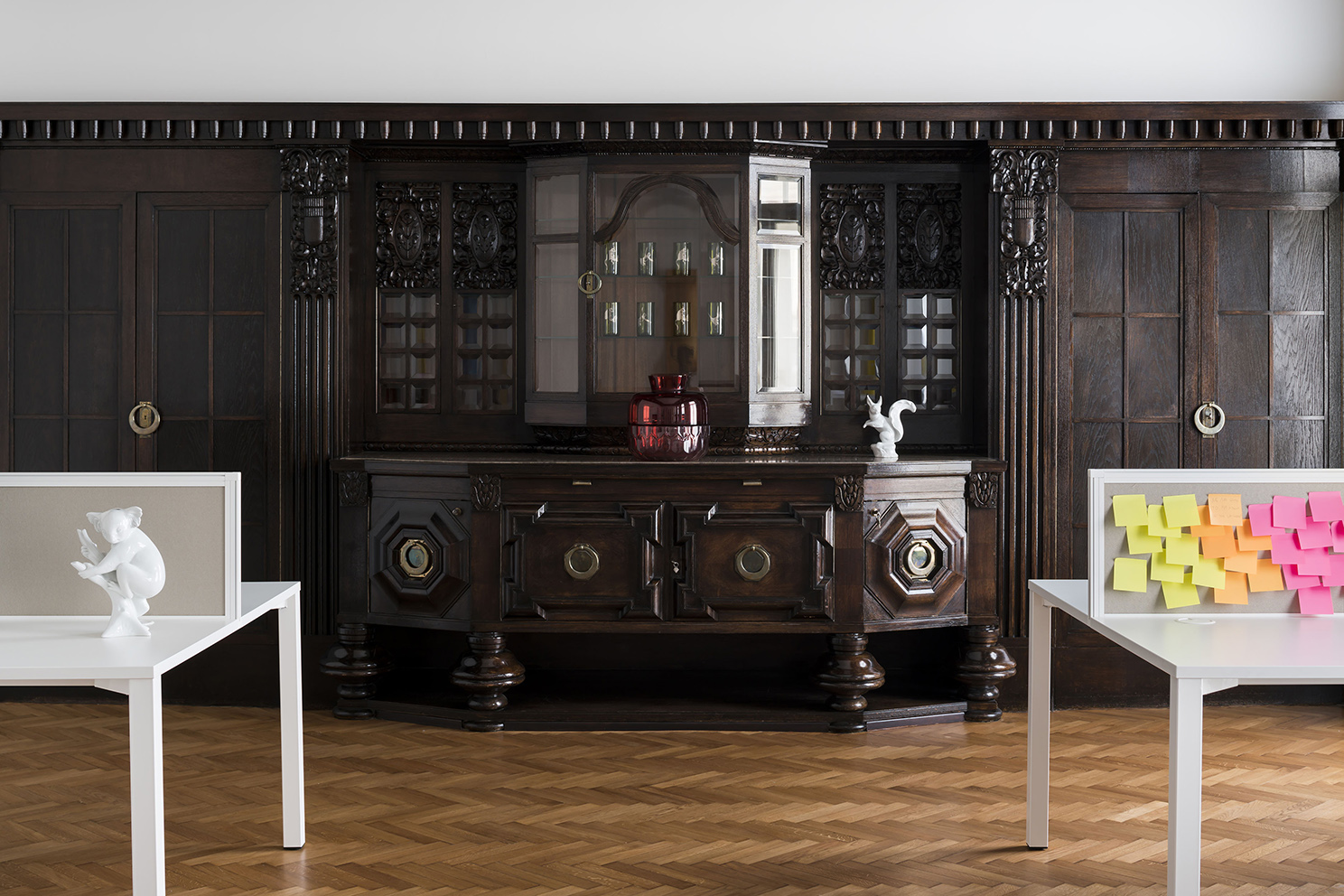 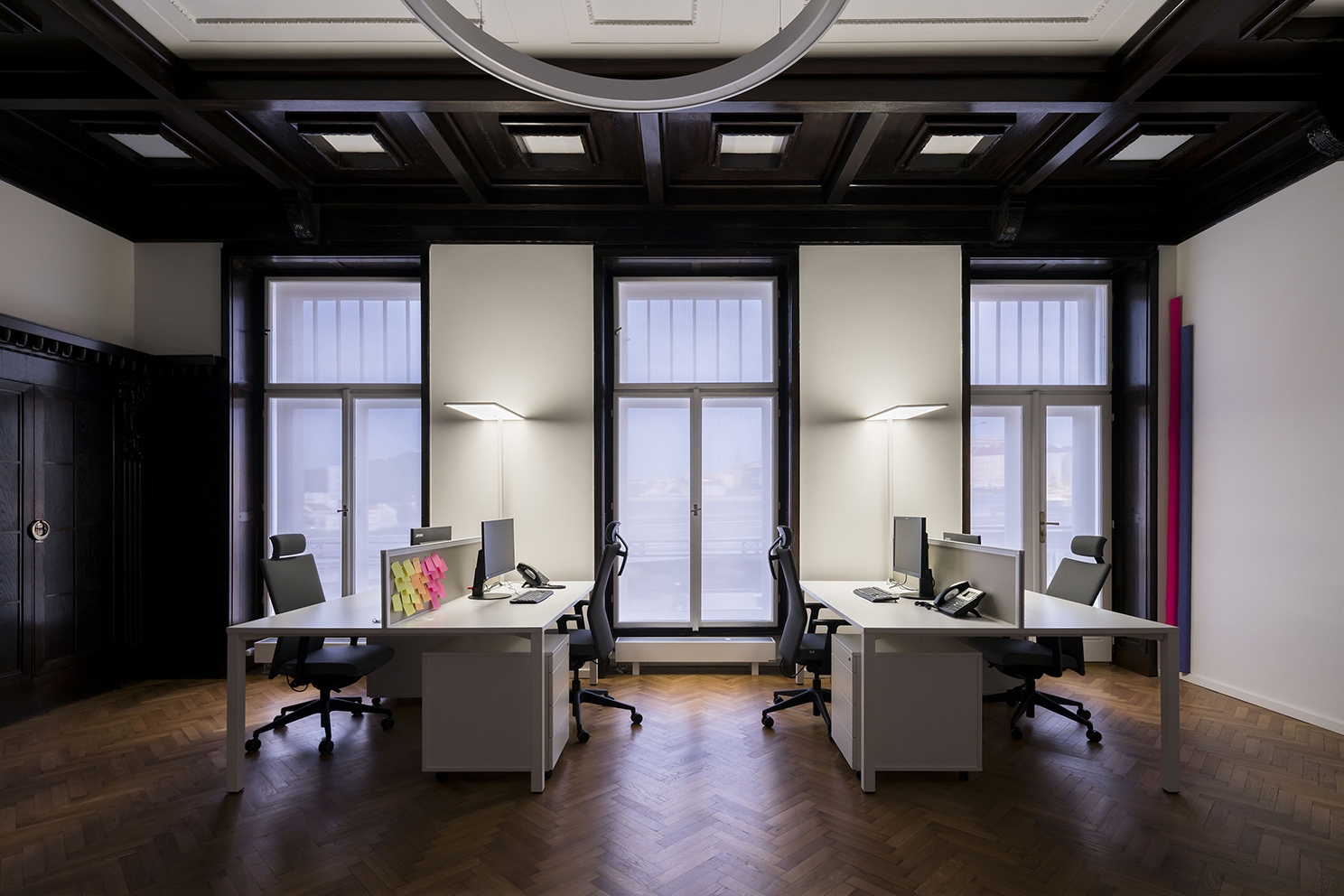 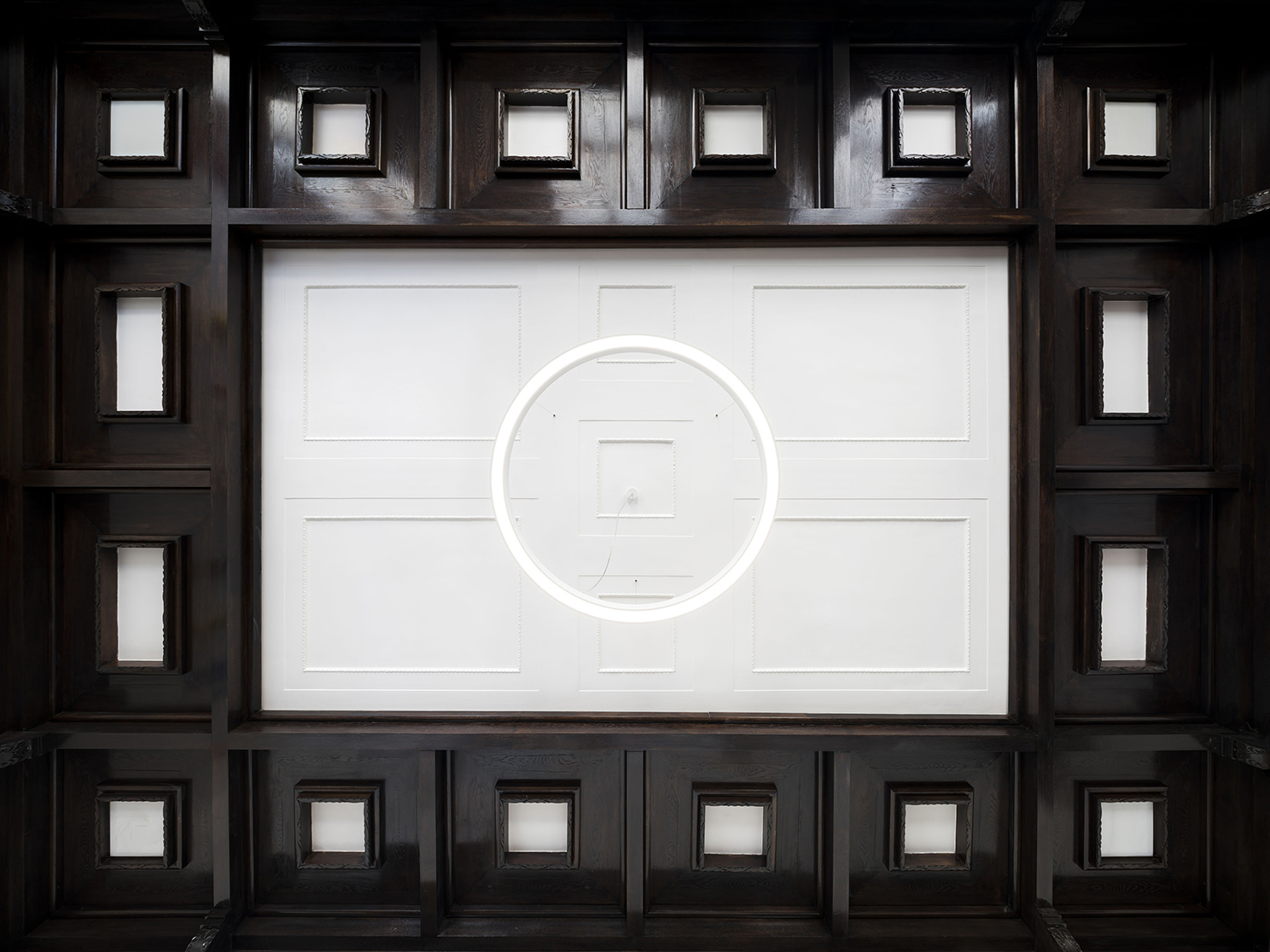 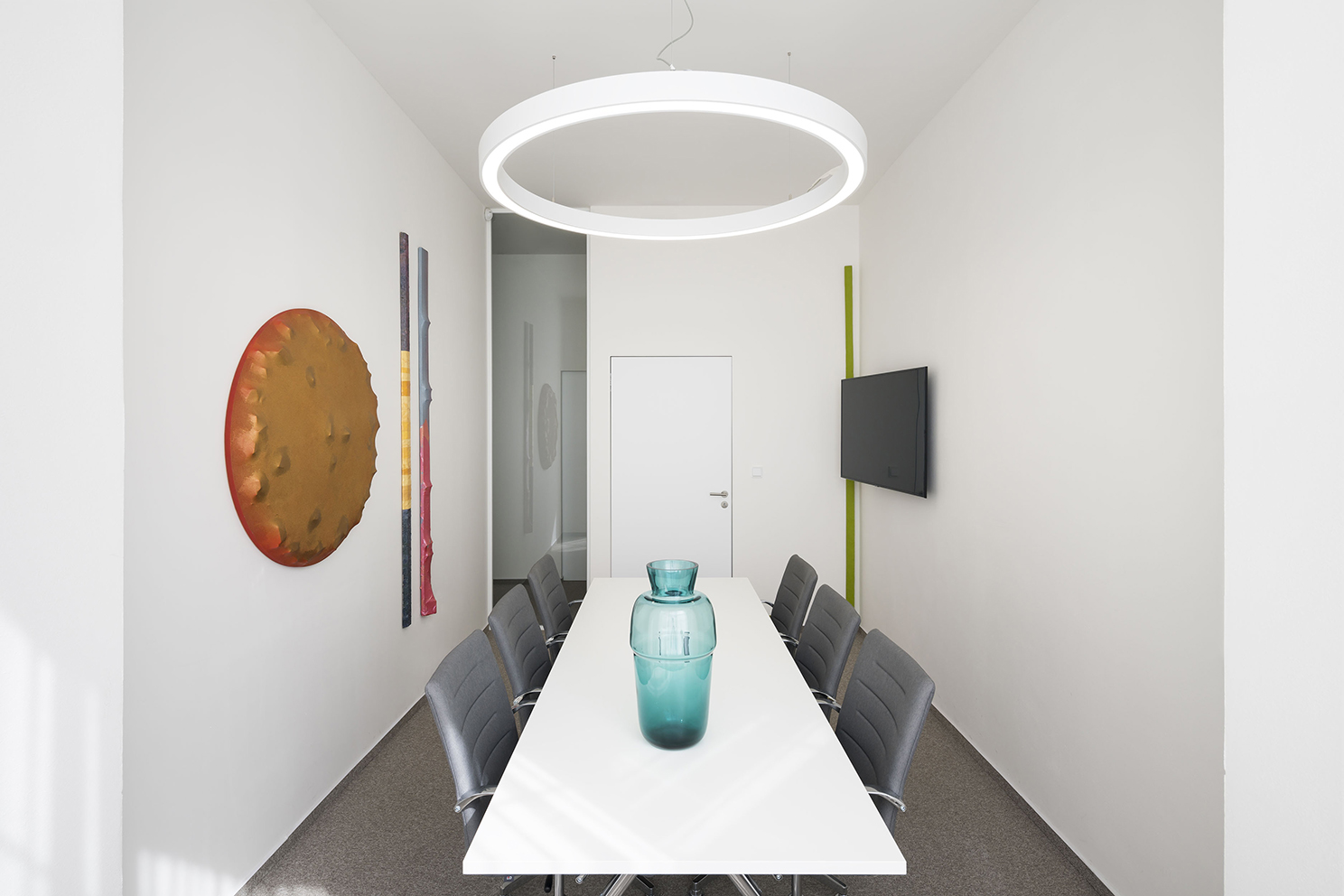 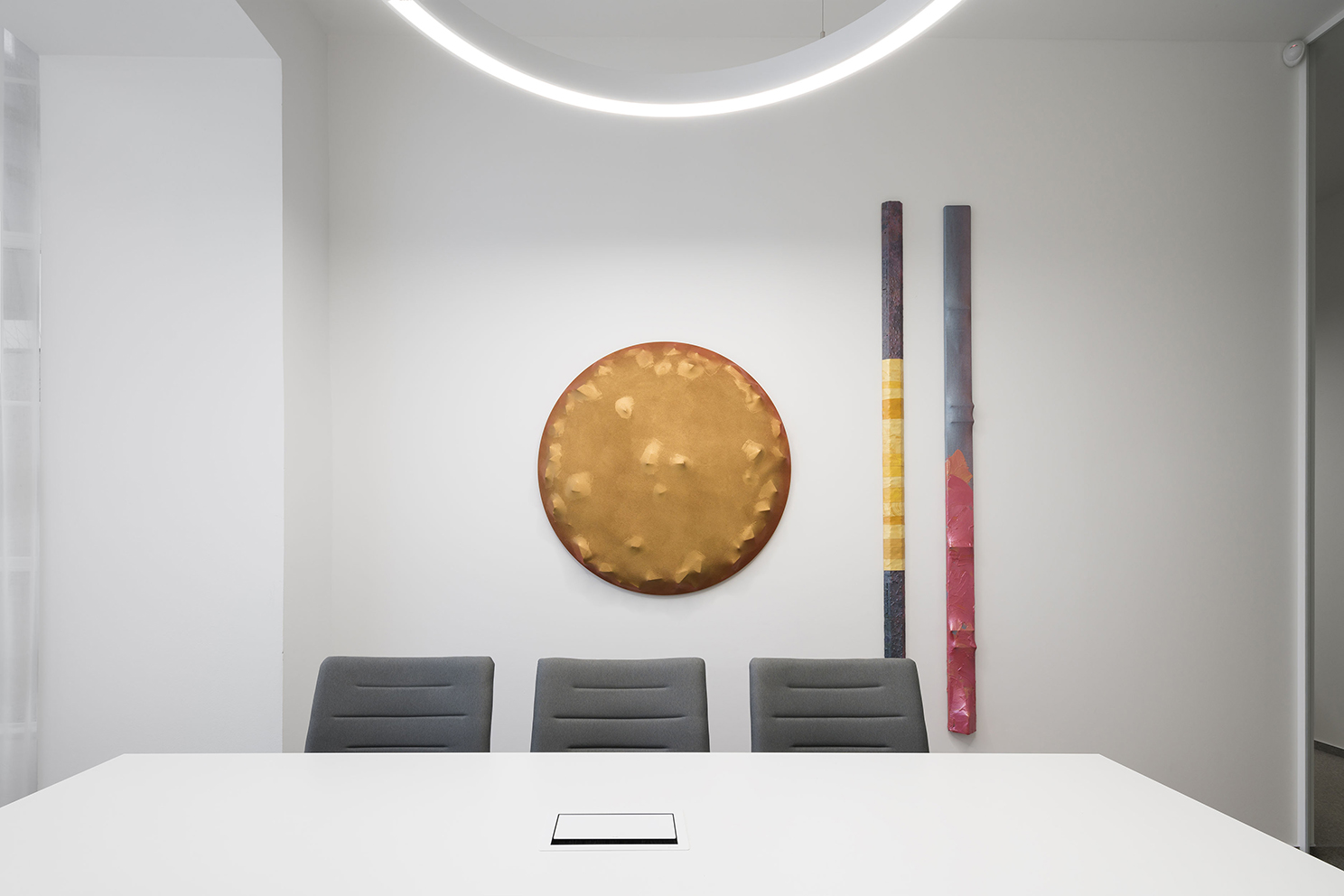 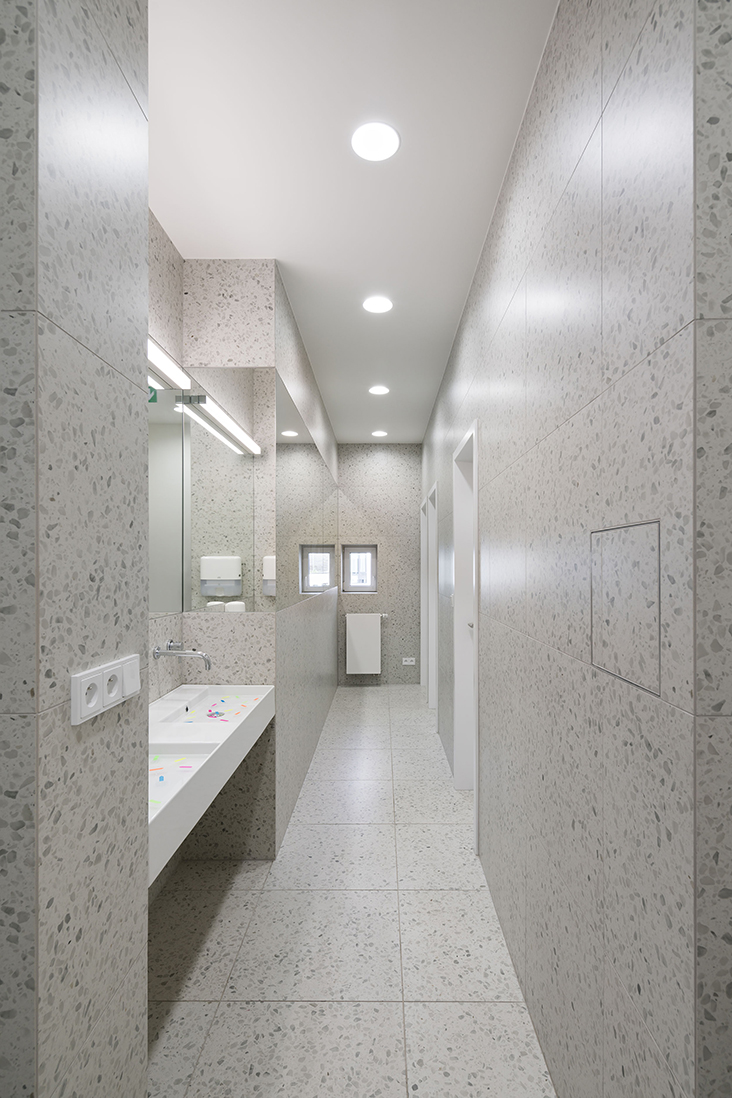 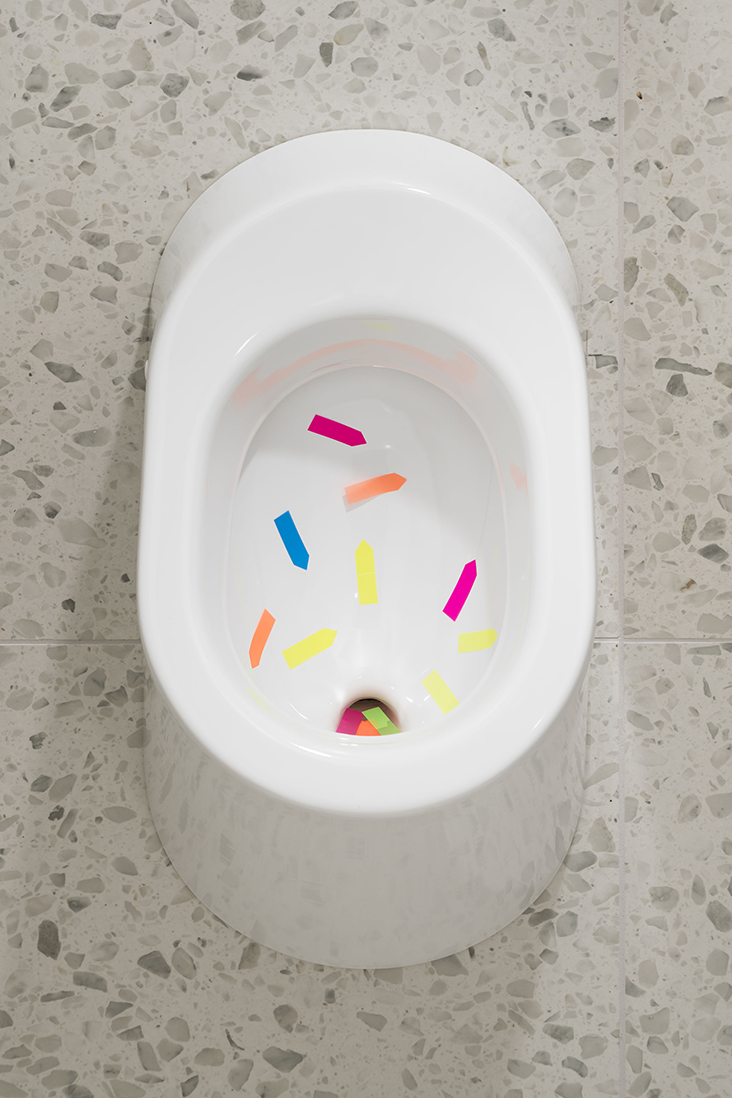